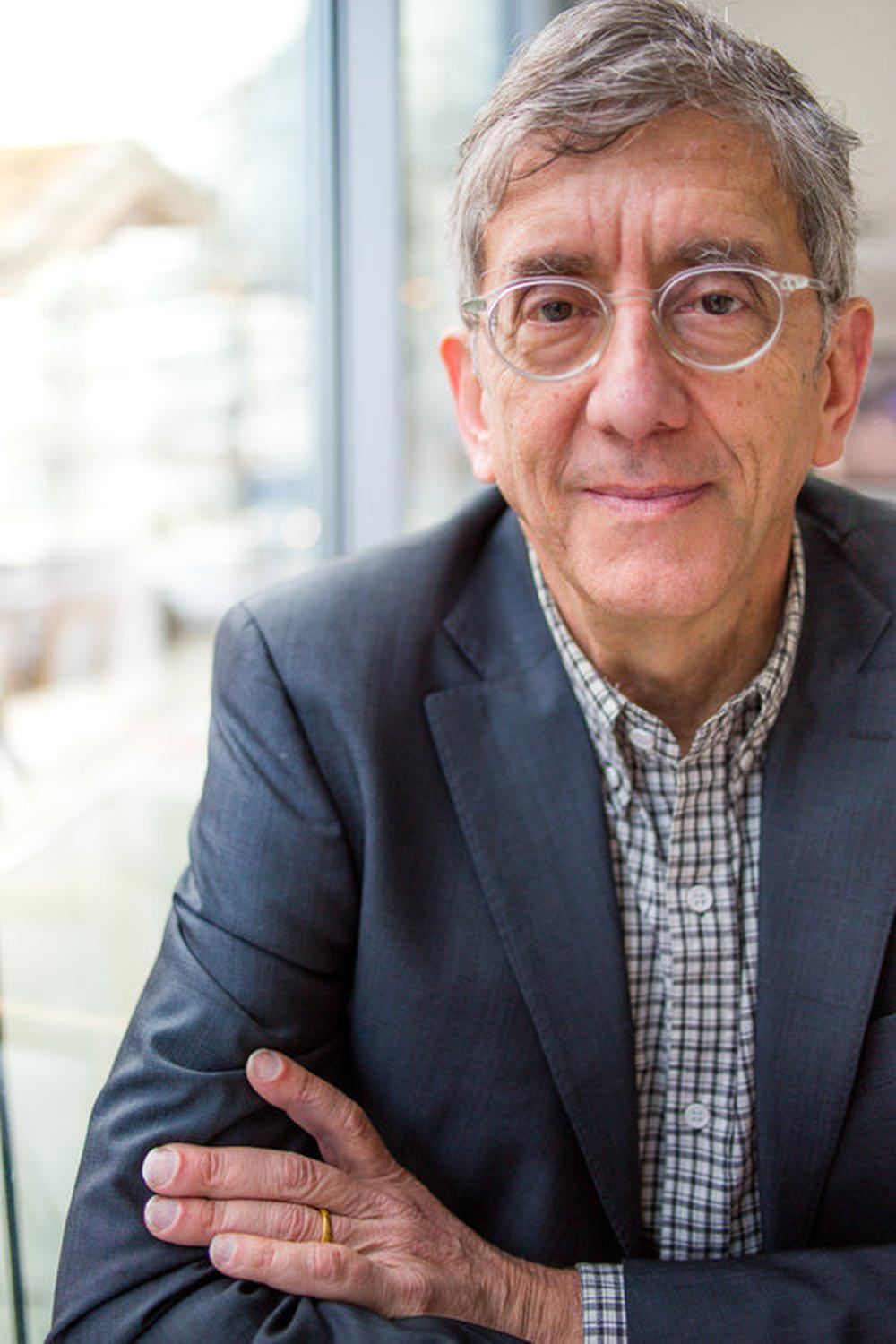 Joel Solomon is a Founding Partner of Renewal Funds, Canada’s largest mission venture capital firm, at $240m assets under management. Investing in Organics and Environmental & Climate Technology in Canada and the USA, Renewal Funds is GIIRS-rated, a founding Canadian B Corp (5x “Best for the World”), a “1% for the Planet” member, recognized as ImpactAssets “Top 50 impact fund managers.” Joel is a 2021 Clean50 Canada “Lifetime Achievement” honoree, frequent public speaker, board member of the University of British Columbia, co-producer of the Just Economy Institute, and co-author of The Clean Money Revolution: Re-Inventing Power, Purpose & Capitalism.

This box is hidden in the CSS area “display: none;”. Done to cheat an auto close on the second block.

Invited by Founder/Funder Carol Newell, Joel completed 14 years until 2008, implementing a “whole portfolio to mission” strategy as leader of her activist family office. The $20m Endswell Foundation endowment was spent down, leaving MakeWay (formerly Tides Canada) and Hollyhock as legacy institutions, while supporting the success of the Great Bear Rainforest Initiative, and the renowned BC environmental community. Renewal Partners seed invested in over $10m in dozens of values-based companies, including Stonyfield Yogurt, Horizon Distributors, Jantzi Sustainalytics, Happy Planet, Guayaki, Aisle (Lunapads) and Seventh Generation, as part of an “integrated use of capital for social change” strategy that helped catalyze Vancouver’s leadership in long term new economy thinking.

Joel is Senior Advisor and Co-Producer of the Just Economy Institute, supporting potential social change inspired ‘financial activists’. He is a Founding Member of Social Venture Network (SVN), MakeWay (formerly Tides Canada), Business for Social Responsibility, and the BALLE Local Funders circle. He was a 25-year Board Chair of Hollyhock, a lifelong leadership learning centre on Cortes Island, a 24-year Director of Tides Foundation USA and is a member of Canada’s National Advisory Board to the G8 Social Impact Investment Taskforce. Joel serves as Partner in Core Development for Village People neighbourhood real estate in Nashville and on the University of British Columbia’s Board of Governors. He delivered a 2012 TEDxVancouver talk on “Clean Blood, Clean Money”. He is a sought-after advisor to many businesses, families, and not-for-profit organizations.

Following his early career work as National Youth Coordinator in Jimmy Carter’s 1976 Presidential campaign (going from 0% in polls to the White House), Joel continues active engagement with municipal political party Vision Vancouver, led by close friend, former Mayor Gregor Robertson, Co-founder of Happy Planet Foods, where Joel served on the board for 10 years after Renewal Partners investment. Gregor was the longest serving Mayor in Vancouver history. With a 3-term leadership with majority on City Council, Vancouver emerged as a modern global city leader on climate action, First Nations reconciliation, affordable housing, private auto use reduction, and walkability. With Founding Partner, Mark Deutschmann in Nashville, Joel has helped four moderate progressive mayors over seven terms to lead Nashville to its place as one of the great cities in the South.

Joel and Carol Newell were inducted into SVN’s Hall of Fame in 2012 with a Lifetime Achievement Award. His 2015 op-ed on fossil fuel divestment appeared in The Globe and Mail, Canada’s national newspaper. Joel has been several times named to the “Power 50” by Vancouver Magazine and been subject of many feature articles and interviews. He is a frequent speaker and is Co-Producer on a number of Hollyhock-based conferences, including Social Venture Institute (SVI) since 1995. SVI partners with Vancity Community Credit Union, a values-based not-for-profit coop financial institution with over 500,000 member-owners.

Joel is Co-Author with Tyee Bridge of The Clean Money Revolution: Re-Inventing Power, Purpose & Capitalism, a call to action to know where your money is and what it is doing to whom, what places, right now. He argues society must move trillions of dollars from damage to regeneration. 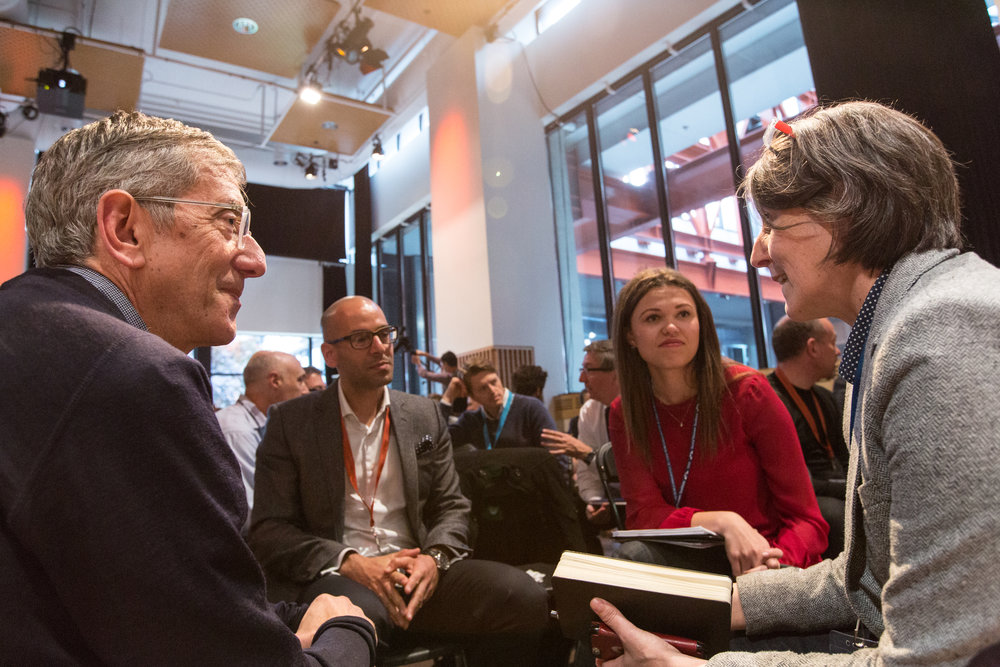 Purchase the Clean Money Revolution at one of these retailers or at your local bookstore.

We are at a point in time where global inequity, division and uncertainty seem to be unprecedented. Whether this is the case or not, many people live with an underlying sense of impending economic doom. The financial system as it stands is toxic and unsustainable. In his book, Joel Solomon shares innovative ideas exploring a fresh ethical approach.

Money is charged with symbolic meaning. For some it’s the Holy Grail, the central quest of life. Others see it as a mere measure of greed, all of it tainted. For Joel Solomon it is raw energy, a latent force that can be harnessed and channeled for the social, ecological and political transformation the world so desperately awaits. His is a fresh vision, insightful, wise and profoundly hopeful.

Answering the most salient and unanswered question in our quest to transform as a civilization.

Essential Reading on trailblazing efforts to turn money into a force for good. A high-yield investment of your time and attention!

Joel combines investing, philanthropic and social justice goals with smart analysis and a gift for achieving the impossible. If this is the next revolution, count me in.

A moral, but also very practical, call to action for our collective ancestral work to save civilization so that future generations may enjoy the magic and beauty of the natural world, and our shared lives as human beings. A wise strategy for a just resilience and for intelligence as a species. 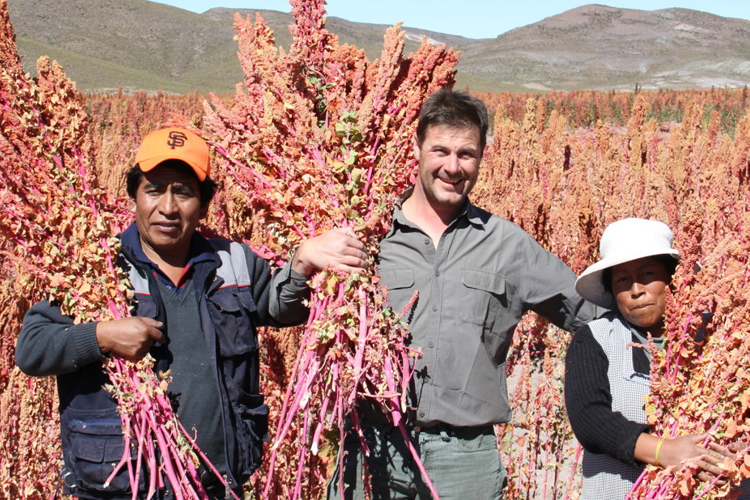 Renewal Funds is Canada’s leading “mission venture capital” investment firm, with over $240 million of assets under management in early growth stage Organics and EnviroTech companies in Canada and the USA.

The Fund has over 300 individual, family, and foundation investors mostly split between Canada and the USA, with several in Europe and Asia. The goal is above market financial returns from a portfolio of companies offering positive societal advances. Renewal Funds dynamic team is led by Paul Richardson, Managing Partner & Co-Founder, and Joel Solomon, Founding Partner, with crucial backing from Carol Newell.

The firm grew out of Carol’s visionary work as Founder and Funder of “Renewal”, her activist Family Office, using a “whole portfolio activation to mission” strategy. Carol boldly dedicated her wealth to examination and alignment of each dollar for positive impact, and a powerful focus on her home region of British Columbia, Canada.

Renewal launched in 1994 with a 50-year strategy and a 500-year vision to influence and support the shift to an economy that prioritizes long-term well being of future generations.

Joel partnered with Carol for 14 years as President and CEO, co-strategizing and implementing the principles of a clean money revolution. 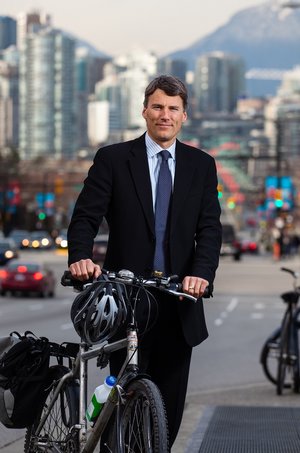 Vision Vancouver is a coalition political party of progressive values, that elected a mayor with council majority for three terms through 2018. Vision’s robust agenda, rooted in strong social and environmental commitments, has resulted in Vancouver having Canada’s strongest economy and growing leadership as an emerging as a modern global city.

Priorities include strong transit, greenest city in the world, an affordable housing boom, and flowering of creative culture, in an inclusive, innovative, forward thinking clean economy. Vision is a model of how values-aligned citizens can assert progressive agendas in politics.

Mayor Gregor Robertson was Co-Founder of Happy Planet Foods, where Joel served for years as a Board Member representing the investment of Renewal Partners. The two became close family friends.

Joel has been a committed founding supporter and advisor to the advancement of Vision as an influential force in British Columbia, in Canada, and beyond. 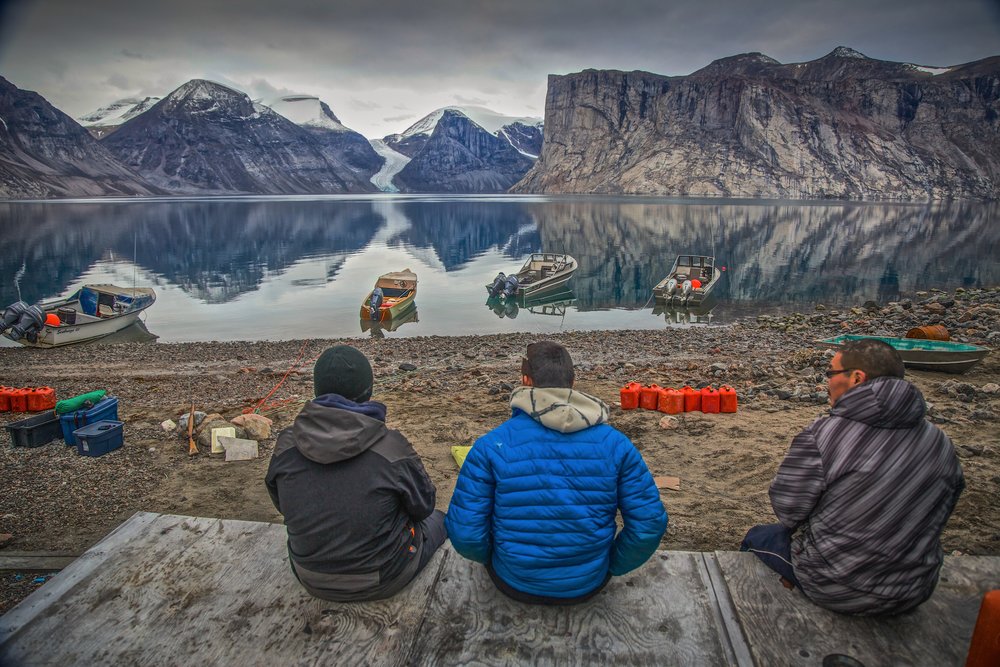 MakeWay is a major innovator in big picture philanthropy in the Canadian not-for-profit sector. They create uncommon solutions for the common good.

MakeWay works on a healthy environment, social equity, and economic prosperity for all Canadians. Sophisticated collaboration with donors and social change leaders, builds bridges between sectors, helping to steer philanthropic dollars into addressing tough national challenges, in one of the geographically largest nations on the planet. MakeWay has special focus as a partner to numerous, vibrant  indigenous nations within Canada.

Canada has enormous potential as a diverse, open society, to be a model for the coming global challenges facing the planet. MakeWay is a leader in new models, broad perspective, and its ability to bring together unlikely partners to work on solutions to the biggest challenges.

Joel and associates drove the formation of MakeWay (formerly Tides Canada), built through the spend down of Endswell’s capital base. Renewal’s theory was to leverage the relatively small Endswell endowment into a lasting legacy social enterprise that brought an earned revenue component to the world of Canadian charitable foundations.

Joel was a Founding Board Member of MakeWay (formerly Tides Canada), serving for the initial ten years, remaining closely involved as a committed ally.

Hollyhock is a lifelong learning educational center that inspires, nourishes and supports people making the world better, through its legendary Cortes Island campus, and its growing work in Vancouver and beyond.

Through the intersection of professional and personal development Hollyhock advances consciousness, community, and citizenship toward solutions for a better future. Programs focus on rekindling purpose, building resiliency, and cultivating personal well-being with the goal of contributing to long-term societal well-being.

Social Venture Institute (SVI), one of Hollyhock’s key programs, offer mission-based entrepreneurs the opportunity to share challenges, successes, and experiences in an atmosphere of trust and goodwill.

Since its inception over 2,500 participants have strengthened their business skills and networks while rejuvenating their passions and visions.

An introduction to Hollyhock 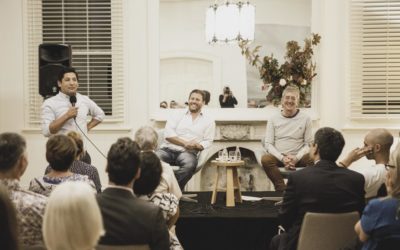 My wife Dana and I were recently hosted in...

END_OF_DOCUMENT_TOKEN_TO_BE_REPLACED 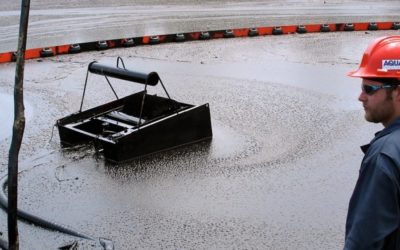 My friend Nigel wrote a book. Take That Leap He...

END_OF_DOCUMENT_TOKEN_TO_BE_REPLACED 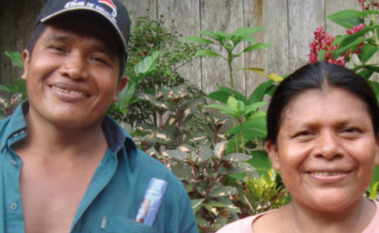 What does #cleanmoney + #impactinvesting look...

Money is charged with symbolic meaning. For some it's the Holy Grail, the central quest of life. Others see it as a mere measure of greed, all of it tainted. For Joel Solomon it is raw energy, a latent force that can be harnessed and channeled for the social, ecological and political transformation the world so desperately awaits. His is a fresh vision, insightful, wise and profoundly hopeful.

...or at your local bookstore.